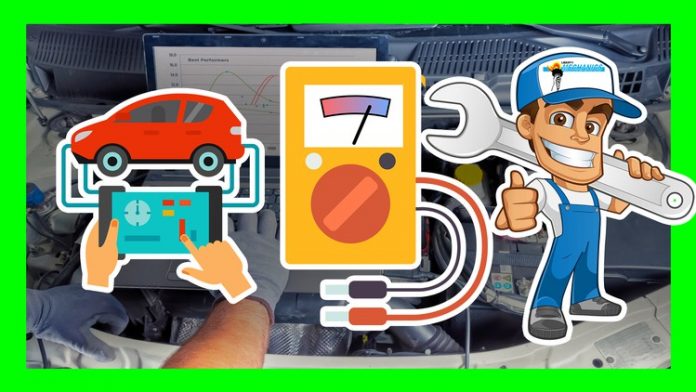 The Role of Electricity in the automobile in the past, electrical systems was basically stand-alone. For example, the ignition system was only responsible for supplying the voltage needed to fire the spark plugs. Ignition timing was controlled by vacuum and mechanical advance systems. Today there are very few electrical systems that are still independent. Today, most manufacturers network their electrical systems together through computers. This means that information gathered by one system can be used by another. The result may be that a faulty component may cause several symptoms. Consider the following example. The wiper system can interact with the headlight system to turn on the headlights whenever the wipers are turned on. The wipers can interact with the vehicle speed sensor to provide for speed-sensitive wiper operation. The speed sensor may provide information to the antilock brake module. The antilock brake module can then share this information with the transmission control module, and the instrument cluster can receive vehicle speed information to operate the speedometer. If the vehicle speed sensor should fail, this could result in antilock brake operation and a warning light turned on in the dash. But it could also result in the speedometer not functioning, the transmission not shifting, and the wipers not operating properly.

The computer is an electronic device that stores and processes data and are capable of operating other devices. The use of computers on automobiles has expanded to include control and operation of several functions, including climate control, lighting circuits, cruise control, antilock braking, electronic suspension systems, and electronic shift transmissions. Some of these are functions of what is known as a body control module (BCM). Some body computer-controlled systems include direction lights, rear window defogger, illuminated entry, intermittent wipers, and other systems that were once thought of as basic. A computer processes the physical conditions that represent information (data). The operation of the computer is divided into four basic functions:

Vehicle Communication NetworksMost manufacturers now use a system of vehicle communications called multiplexing(MUX) to allow control modules to share information. Multiplexing provides the ability to use a single circuit to distribute and share data between several control modules throughout the vehicle. Because the data is transmitted through a single circuit, bulky wiring harnesses are eliminated. Vehicle manufacturers will use multiplexing systems to enable different control modules to share information. A MUX wiring system uses bus data links that connect each module. The term bus refers to the transporting of data from one module to another. Each module can transmit and receive digital codes over the bus data links. The signal sent from a sensor can go to any one of the modules and can be shared by the other modules. Electronic Accessory systems with the growing use of computers, most systems can be controlled electronically. This provides for improved monitoring of the systems for proper operation and the ability to detect if a fault occurs. Electronic Cruise Control Systems. Cruise control is a system that allows the vehicle to maintain a preset speed with the driver’s foot off of the accelerator. Most cruise control systems are a combination of electrical and mechanical components. Memory Seats. The memory seat feature allows the driver to program different seat positions that can be recalled at the push of a button. The memory seat feature is an addition to the basic power seat system. Most memory seat systems share the same basic operating principles, the difference being in programming methods and the number of positions that can be programmed. Most systems provide for two-seat positions to be stored in memory. An easy exit feature may be an additional function of the memory seat that provides for easier entrance and exit of the vehicle by moving the seat all the way back and down. Some systems also move the steering wheel up and to full retract. Electronic Sunroofs. Some manufacturers have introduced electronic control of their electric sunroofs. These systems incorporate a pair of relay circuits and a timer function into the control module. Motor rotation is controlled by relays that are activated according to signals received from the slide, tilt, and limit switches.

Polyglot Masterclass: Become Fluent in any Language for Free