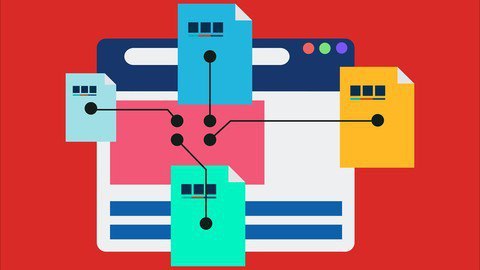 HTML is a markup language that forms a base for any website on the Internet.

HTML5 is the latest version of HTML, finalized in 2014.

HTML 1 was created by a CERN scientist Tim Berners-Lee. His initial goal was an Internet-based hypertext system that allows sharing and using documents in different computers. Introduced in 1991, HTML 1 only had 18 tags, most of them based on the Standard Generalized Markup Language (SGML). HTML 2 was presented in 1995 and had a few more features.

The draft of HTML 3 was abandoned due to slow implementation of the newly created tags. Therefore, the World Wide Web Consortium set out to standardize HTML. In 1997, HTML 3.2 was released which became a standard at the time.

HTML 4 was a large step, as it separated styling from coding, leaving the former to CSS. A revised version called HTML 4.01 came out in 1999, correcting minor mistakes found in HTML 4.0 and introducing a few handy features.

HTML 5 is the HTML as we know it today.

To create polished and well-functioning websites, you will need CSS and JavaScript. However, to make them work as intended, you need to first understand what is HTML. Just like a house has a foundation, a web page has its base in HTML.

Cascading Style Sheets, referred to as CSS, is a simple design language intended to simplify the process of making web pages presentable. It allows you to create great-looking web pages.

CSS handles the look and feel part of a web page. Using CSS, you can control the color of the text, the style of fonts, the spacing between paragraphs, how columns are sized and laid out, what background images or colors are used, layout designs,variations in display for different devices and screen sizes as well as a variety of other effects.

CSS is easy to learn and understand but it provides powerful control over the presentation of an HTML document. Most commonly, CSS is combined with the markup languages HTML or XHTML.

In simple words, CSS is the technology that allows us to create beautiful, maintainable and flexible designs. It controls formatting, presentation and the overall layout of websites. A main reason we use CSS isn’t only to create flexible, maintainable website designs, but also to keep content separate from presentation, which is a best practice. It’s also much easier for human eyes to read what’s happening in the HTML if there aren’t styles thrown in too.

CSS3 is the latest evolution of the Cascading Style Sheets language and aims at extending CSS2. 1. It brings a lot of long-awaited novelties, like rounded corners, shadows, gradients, transitions or animations, as well as new layouts like multi-columns, flexible box or grid layouts.

The HTML <div> and <span> element is the generic container for flow content and does not inherently represent anything. Use it to group elements for purposes such as styling (using the class or id attributes), and inline level and block level separation.

The HTML <li> element is used to represent an item in a list. It must be contained in a parent

list items are usually displayed using bullet points, now we are going to check how to use html list.

The HTML <iframe> element represents a nested browsing context, effectively embedding another HTML page into the current page. This module will help you make use of iframe tag.

including its title and links to its scripts and style sheets.

meta-related elements, like <base>, <link>, <script>, <style> or <title>. This module will help you learn Meta

vishwa - May 10, 2020 0
The complete XML/XSD content from W3Schools, with much better explanations and practical examples w/ Eclipse IDE - 2019 What you'll learn You will learn all...

The Subtle Art of Growing your Personal Brand on LinkedIn

Work from home; work at work – or play?